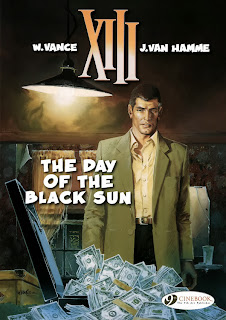 A few weeks ago, I watched the first three films in the Jason Bourne series. (In the truest sense, these are the only three. The title character doesn’t actually appear in The Bourne Legacy – the fourth, most recent film.) While I first saw The Bourne Identity around the time it was released on DVD, I had avoided its sequels until now. At the time I saw it, the first film had struck me as an unintelligent, convoluted thriller with motion-sickness-inducing camerawork and a color palette evoking dirty snow. Having watched it again now, ten years later, I realize that my first impression may not have been completely accurate. Although I still think it’s a lackluster film, there are characters, and even a plot, if you look hard enough.

The third entry (The Bourne Ultimatum), by contrast, is an impenetrable, utterly incoherent film. It has no characters, only talking chess pieces – grim and implacable – that screenwriter Tony Gilroy and director Paul Greengrass seem to move around the proverbial board at random. In one of its most baffling moments, the final scene from the first sequel (The Bourne Supremacy) appears halfway through the film, cheapening what had previously been one of the series’ few human moments. The film is almost a pastiche of all the negative qualities I’ve spent the last decade projecting onto Identity, its final scenes perhaps the most muddled of any in the series. In other words, I had been perfectly right about Jason Bourne – I was just a few years early.

I bring up my experience of the Bourne films as context for a book I read shortly after watching them – XIII, Vol. 1: The Day of the Black Sun, the first entry in a Franco-Belgian comic book series which takes as its inspiration the Robert Ludlum novels on which the Bourne films are based. XIII, similarly, is the story of an amnesiac on a quest to piece together his own mysterious past. Both XIII and The Bourne Identity begin with their protagonists bullet-ridden and comatose, saved from watery graves by kind-hearted, unsuspecting people. From the start, though, XIII makes a more concerted effort to humanize its supporting cast. When tragedy befalls the people who care for Thirteen (as XIII’s protagonist comes to be called, after the Roman numeral tattooed on his shoulder), we feel actual, palpable grief.

The main appeal of the Jason Bourne films, I think, is the globe-trotting aspect (i.e., “where in the world will Matt Damon turn up next?”). Incidentally, this is a quality the James Bond films used to hold as their claim to fame, before they became mired in what I think could aptly be termed “post-Bourne malaise.” I have the feeling XIII will eventually send its hero around the world, too, but it doesn’t get there in the first volume, much of which is spent on Thirteen being chased around New England by assassins who seem to know a lot more about his identity than he does. Although the story doesn’t exactly feel rushed, it moves at fairly breakneck speed while still providing clues about Thirteen’s past. The book is less than 50 pages long, which is almost unbelievable given how much plot it contains.

The level of detail in XIII’s artwork is remarkable. Artist William Vance treats each page as a discrete unit (which makes sense since the series was originally serialized – in one- or two-page installments, I’m guessing), and that has its advantages and drawbacks. On the one hand, there’s a formal quality to the layout and structure of each page that you simply don’t often see outside of adventure strips like Flash Gordon or Prince Valiant. On the other, though, this means conversations rarely have the space to become very detailed or to go on for more than a few panels. As a result, continuity between pages is occasionally a little awkward.

Overall, XIII is beautiful to look at, and it makes a better case for the continued existence of narratives like those in the Bourne series than the actual films do. And, of course, Thirteen has one other pretty distinct advantage over Jason Bourne: while his story may not be perfect, at least you can read it without getting motion sickness.
Posted by Marc at 12:00 PM