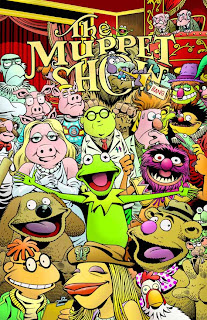 Happy New Year! Having reached the end of our first calendar year here at With Great Power, I wanted to take the opportunity to thank everyone who’s been reading, commenting, and following the blog – especially over the last few months, which I know have been a little touch-and-go at times. My New Year’s resolution is to get things back on track with a regular reviewing schedule, starting this week. And to make up for the infrequency of my posting over the last two months, I’ll be posting two reviews each week in January! On top of that, you can expect a major update to the Marvel Trade Paperback Timeline in the near future as well.

The beginning of 2011 also provides a nice chance to look back at my own reading and blogging habits over the last year. It would be difficult for me to do a “year’s best” list in the traditional sense because, taking a look at my posts since starting the blog in March, I really didn’t read many comics published in 2010. So instead, I’ll just ramble on for a bit – and if the lack of a “top ten” or any other kind of formal structure causes you to tune out, I’ll understand!

It’s been over two full years now since I left the world of single issues behind, and since then (especially in this last year), my focus has been on reading the kinds of comics that I never felt I had the time for as a weekly comic buyer – that is, a lot more historical material and independent titles. This has been reflected to some extent on the blog in my reviews of books like The Doom Patrol Archives, Tarzan: The Jesse Marsh Years, The Muppet Show, and Monkey vs. Robot, but given the choice, I usually stuck to reviews of superhero titles.

This year I’m hoping to be a little more balanced, although I’ll still probably review more superhero comics simply because I’d like to one day have reviews posted for the vast majority of the books on the Marvel timeline. I know it’s a tall order, but I feel like someone should do it, and since no one else has attempted anything like it for the Marvel Universe yet, I figure I might as well give it a shot.

Aside from working on the timeline, there are a few other blog-related things I’m looking forward to in 2011. At some point (probably during the summer), I’d like to try a creator-themed month focusing on the work of one particular comic book writer or artist. I’m also planning to post at least a couple reviews of comics-related non-fiction – I read a lot of it, so it would only make sense to start writing about it from time to time. I had fun doing something different with my review of the movie Creepshow back in October, so I’m looking forward to expanding my horizons even more this year. 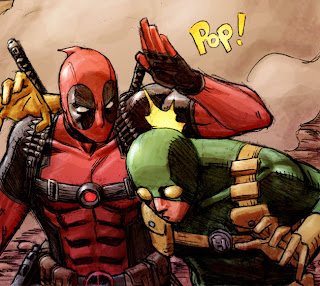 Well, I think that’s about it for now. As always, feel free to leave me a comment – hearing your thoughts is what reminds me that people actually care about this blog and that I’m not just tossing words into the void! See you tomorrow for the first of this week’s reviews, featuring a character who has already made his presence known several times on this blog... Can you guess who? :)
Posted by Marc at 12:45 PM

Email ThisBlogThis!Share to TwitterShare to FacebookShare to Pinterest
Labels: Streams of Consciousness